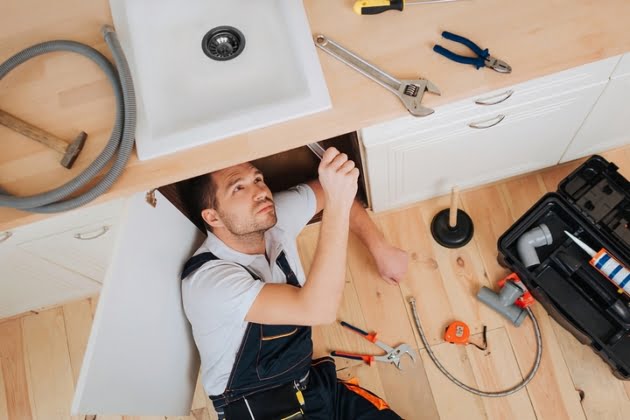 Depending on the age of your house, the plumbing problems may grow more severe in nature. For older homes, it is strongly recommended to have your plumbing system inspected on a regular basis. Some homeowners will have their plumbing checked once every year. These routine plumbing inspections will help in reducing the number of general plumbing repairs that you need in the long-term.

During the plumbing inspection process, there are certain areas of the house that require diligent attention. If necessary, you may have to make several repairs or replacements. The following is a list of eight general plumbing repair services that could be needed in your home:

A faucet is a gadget that controls the flow of water in pipes. Problems with leaking faucets are very common among households, so you probably had at least one encounter with it in the past. Most people do not consider fixing a faucet as a priority. They either apply temporary fixes or just simply ignore the dripping after a while.

However, delaying the repair only makes a bad situation worse. A dripping faucet leads to paying higher water bills than you normally would. One faulty faucet can drip away hundreds of gallons of water annually. It’s best to repair a dripping faucet right away rather than let it chip away at your utility bills.

This is another common plumbing problem, especially with kitchen sinks. The slow draining is often a result of blockages caused by bits of food. Bathroom sinks may also get blocked by tangled hair and pieces of soap. It’s best to address a slow draining sink as quickly as possible, or it may escalate to an even bigger problem in the future.

To restore regular draining, you might need to use a plunger or a plumber’s snake. You could also pour boiling water into the drain, especially if the clog is caused by food fats. Pouring a chemical clog remover into the drain may be another solution, but you should be careful of the consequences. Frequent use of chemicals to unclog sinks may result in damage to your pipes.

Showers suffer the same clogging fate as the kitchen and bathroom sinks. The culprits are most likely tangled hair and soap pieces. Every day that passes without unclogging these drains only worsens the situation.

Luckily, this is an easy DIY task that may not demand the services of a professional plumber. You should first ensure the water in the shower is high enough for the plunger to be submerged before plunging vigorously. Unless you are facing a serious clog, this usually does the trick after a while.

Clogged toilets frequently keep backing up and often emit foul smells in the house. Toilet blockage may be caused by several factors. In most cases, the blockages are caused by a combination of paper and human waste. You will need a plunger to unclog your toilet. If this does not work, try using a drain auger to loosen up the blockage.

If the water suddenly becomes cold during a hot shower, you may discover that your water heater is faulty. Various factors could cause your heater to stop functioning normally. These include sediment build-up in the tank, a faulty thermostat, or the pilot light going out.

When a problem is caused by the pilot light going out, you can easily have this fixed by relighting it. For more complicated issues with the water heater, you would require general plumbing repair services to inspect and fix the problem.

This is a prevalent plumbing problem, especially in old homes. When the water in your taps starts to trickle rather than gush out, you probably have leaking pipes that corroded over the years. In nearly every instance, the problem is a result of sediment build-up or mineral deposits on aerators. You will need to soak the aerator in vinegar for a few minutes to restore the pressure.

Leaky pipes can ruin floors and damage furniture. The dampness they cause creates a conducive environment for the breeding of bugs such as cockroaches. Most leaks are found at pipe bends and joints. Using glue, tape and fillers will only offer a temporary solution, so the help of general plumbing repair services is recommended.

Most leaks happen during the winter season where the water freezes and expands, causing pipes to bursts. It is crucial to have the thermostat at a constant temperature to reduce the likelihood of the pipes bursting.

By simply pressing the reset button, you should be able to fix the problem. If this does not work, however, you will need to open the garbage disposal and remove the clog. For more serious jams, your garbage disposal may be rendered unfunctional until you contact a general plumbing repair service.