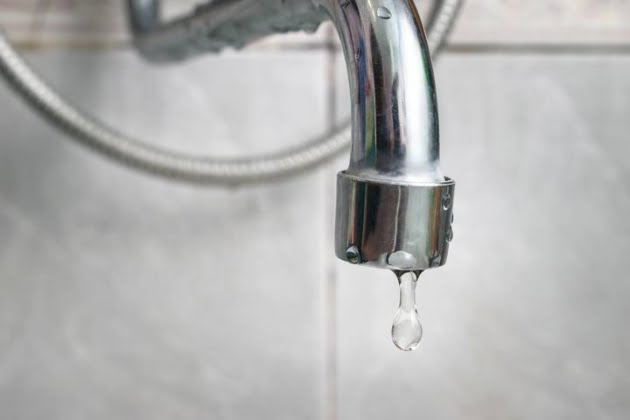 Imagine if you’re trying to get some sleep after a long day, yet the sound of dripping water keeps you up throughout the night. As much as you want to ignore it, the annoying noise continues to echo in regular intervals. The sound probably comes from one of your plumbing fixtures nearby. Perhaps it’s the shower tap leaking endlessly after you took a bath earlier.

Beyond the noise, leaky taps are irritating because they can cost you gallons of water. You also stand the risk of paying more for power if the hot water side of the shower tap gets affected. Even if you manage to stop the shower tap leaking, the chances are that it will happen again if you only treat the symptoms.

A dripping shower faucet might not go away until you fix it properly in the long term. Your wisest choice is to call a plumber to address the problem right away. In addition, it’s imperative to determine the common causes of shower tap leaking. Knowing these causes will help you to prevent future leaks.

Here are the possible reasons for a bathroom shower tap leaking:

Most times, the shower tap leaking comes from the spout. If this happens, the problem could stem from the valve seat. The valve controls the flow of water passing through the shower tap. Without the valve seat, you can’t use the tap effortlessly. You could end up with low water pressure in the shower. In some cases, you may also encounter a leakage.

Since the valve supplies water, it could rust after prolonged use. Water sediments and particles also cause corrosion. You might need to replace the entire valve set to stop the leakage. The best way to prevent corrosion in the future is to clean the valve seat regularly.

The O-ring connects separate parts of the shower tap and seals the joints between them. Beyond sealing, the ring is designed to prevent leakages and withstand high temperatures. In showers, the O-ring holds the handle of the tap in place. However, too much pressure on the O-ring will damage the structure and cause shower tap leaking. Overuse can also damage the O-ring.

If the sink handle is leaking, chances are the O-ring no longer supports the stem. Thankfully, there’s a quick fix for this leaky shower problem. Your plumber could either recommend replacing the O-ring or changing the cartridge system entirely. Either way, it’s a simple and affordable fix.

Worn-out washers are among the most common causes of leaking shower taps. Contrary to what the name suggests, you can’t clean with this washer. Instead, they help cushion the force between the water pipes and also prevent leakages. You’ll find the washer in your shower tap between the filter and hose.

With every use, the washer rubs against the valve seat. This friction wears out the edges and lowers the function. After a while, the washer won’t seal the pipes adequately, causing leakage. Again, this type of leakage requires replacing the damaged washer.

Poor installation can cause more problems for you. Maybe you changed the shower filter during your annual spring cleaning. Perhaps you attempted to mend the leakage through DIY efforts. If your shower tap still leaks after replacing damaged parts, you could have a poorly installed washer on your hands.

Instead of cleaning the valve seat at home, consult a professional for your needs. Dismantling the shower by yourself might not be the best solution. A poorly installed washer cannot create a seal between the shower pipes. The incorrect installation will only lead to further leakages.

Have you ever had water come out from the showerhead and tap at the same time? Perhaps you tried to switch from the faucet to the showerhead, and water won’t stop running from the tap? You’re not alone. Many households experience this issue. Beyond ruining your time in the shower, you also have to pay extra for your water bill.

In this case, the culprit behind the leaking tap is the shower diverter. The diverter directs the water flow from the tap to the showerhead whenever you turn the lever. Damage to this part causes leakages and disruption in the water flow.

Did your shower tap suddenly let out water in drops? Do you get leaks in the faucet when you move the handle in one direction? These signs point to low water pressure. Different factors can lower the water flow in the shower tap. From damaged valves to a clogged showerhead, there are many pointers to observe.

For instance, if there’s a leak in the shower pipes, you stand a high risk of experiencing shower tap leakage. To stop the leaking tap, the plumber must fix the low water pressure issue.

The cartridge controls the amount of water that comes out of the tap. It’s also the system that turns the water on and off. The cartridge’s stem connects to the handle and directs the water when you turn the knob. Over time, the cartridge wears out and requires replacement. At this point, you might start to notice leakages in the handle as the system rusts.

Have you figured out why the shower tap is leaking in your house? Your next step is to stop the leakage by getting the necessary components fixed. For immediate assistance, contact a Whitby plumber or find a nearby technician in one of our service areas.