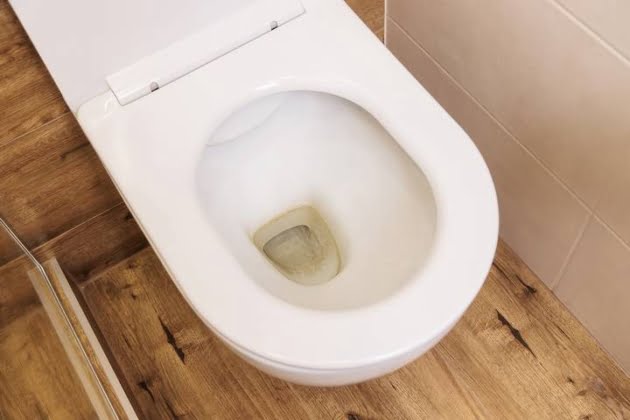 Your toilets are likely some of your home’s most used plumbing fixtures. Due to the frequent use, it is common for problems to arise from time to time. Sometimes, you may encounter a strange phenomenon where your toilet is randomly emptying itself overnight. You wake up the next day and discover a low water level in the toilet bowl.

Typically, the water surface area in the toilet bowl should be several inches from the rim. If your water level isn’t high enough, something is causing it to drop unnecessarily. Often, the explanation is a clogged pipe, a damaged component, or a hidden leak. No matter what it is causing your toilet bowl to empty, you should address the problem as quickly as possible. Contact a plumber to diagnose why the toilet bowl may empty itself.

Here are six possible reasons why the water level in the toilet bowl is low:

A blocked toilet can cause low water in the toilet bowl. Usually, we think of a clogged toilet overflowing. However, the opposite can also happen where the blockage siphons water out of the bowl. Obstructed plumbing means that water cannot flow freely and circulate to the toilet. As a result, the water level in the tank will drop.

The growth of trees and bushes is a frequent reason for plumbing blockages. Near underground sewer lines, trees send out long feeder roots in quest of nourishment. A sewer line is an attractive target for these roots because it contains water and organic garbage. Any pipe with seams is susceptible to invasion by tree roots. They can clog and damage the pipe if the issue is left unattended.

Shifting soil can also cause a toilet drain to clog. Likewise, blockages may occur due to corroded pipes or flushing trash down the toilet. The best way to determine if you have a clog is by observing what happens when you flush. The water may rise to the top of the toilet bowl before slowly draining to a much lower level. If so, you likely have a siphoning issue. Contact a plumber to dislodge the clog.

Toilet Leaking From Base

A toilet leaking from the bottom could cause the water level to drop. The portion of the toilet that rests on the floor is called the base, and a few bolts hold it in place. These bolts may become looser with time, causing the toilet to sway back and forth. The wax seal that prevents water from pouring out may be damaged by this movement, resulting in leaks. If your toilet base is dripping, you’ll need to tighten the bolts to stop the leak.

Another typical reason for a leaky toilet is a worn wax ring. The wax ring is a rubber seal between the bowl and the drain. When you flush the toilet, this ring prevents water from leaking out. This seal may crack and become brittle with time, leading to a leaky toilet base. You’ll need to replace worn-out wax rings to halt the leak.

If your toilet is empty all the time, it may have a crack in it. When there is a crack in the bowl, you will usually see water on your floor. However, it is also possible that the damage is close enough to the toilet trap. If so, the water may drip directly into the trap. In this instance, you would not see evidence of a leak. The only solution for a cracked toilet bowl is to contact a Whitby plumber to replace it.

Water stays in the tank behind your toilet because of a flapper that seals it. Each time the toilet flushes, the flapper lifts to allow water to move from the tank to the bowl. When the water level reaches a certain point, the flapper returns to its neutral position, sealing the tank again.

If the flapper has deteriorated, the seal will no longer be reliable. It is not uncommon for the flapper to accumulate sediment over time. Similarly, it may become brittle with age. A broken toilet flapper is a simple issue to fix. You must replace the old flapper with a new one.

The float ball controls the float arm to block the flow of water. The float ball could be too low if your toilet tank never has enough water. You can first try bending the float arm upwards to fix this issue. Moving the position of the float ball should allow sufficient water to get into the tank. If the ball is still in the wrong place even after doing this, you’ll need to replace it.

You may hear gurgling noises when there’s a low water level in the toilet bowl. These issues are related. The problem originates at the plumbing vents, which allow air to flow in and out of the waste pipes. The air can only go through the sewer if a plumbing vent pipe is blocked. That will pull away the waste and the water in the toilet trap. Many toilets with this problem tend to make loud, gurgling sounds.

Usually, you will find the vent pipe on your roof. Leaves, birds, or other animal nests can obstruct ventilation, causing blockages. To solve this, you must clear away whatever blocks the venting. Since this job requires you to get on the roof of your house, it is a good idea to call in a professional. Afterwards, invest in a cover to prevent the problem from recurring.