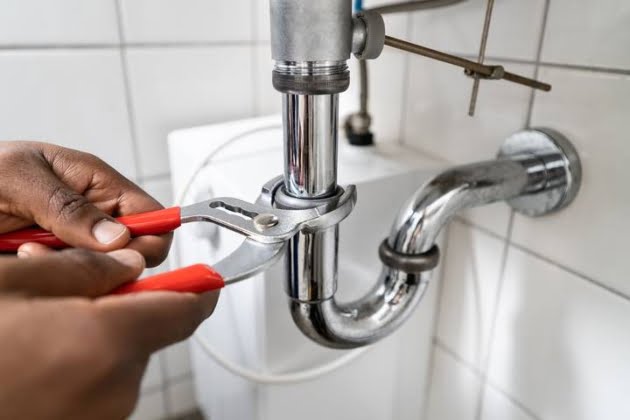 The plumbing pipes in our homes deliver hot or cold water into our kitchens and bathrooms. We simply turn on a tap and the water will start to flow. Under normal circumstances, this convenient plumbing system works without any hiccups. However, you might run into occasional problems with the water pipes banging and rattling suddenly.

Hearing these strange sounds from inside your walls is never a positive sign. You may feel bothered by the pipes knocking, squeaking, moaning, and banging whenever you turn on your water. They might seem terrifying at times, almost like a ghost has possessed your plumbing system. However, there are legitimate reasons why these sounds occur.

The noises mean that the water coming into your house is under tremendous pressure. If the pipes have room to move, they will do so and cause a noisy commotion. When you hear the water pipes banging, it’s time to call a professional plumber. They will assess the issue and get your water to flow quietly again.

Here are the five common causes of why the water pipes are knocking, banging, or rattling:

Many plumbing noises occur because your water pipes are under tremendous strain. More precisely, there’s rapid movement inside the pipes, which causes the banging in the walls. As the pipes vibrate, they may touch the framing inside the wall, making a noticeable rattling noise.

Over time, the movement from the pipes can loosen or detach the fasteners inside the walls completely. It will cause even more rattling and knocking noises. At this point, you should involve your residential plumber before the problem escalates. The technician will find where the pipes are moving and secure them to the framing again. In severe cases, it may be necessary to remove the drywall to stop the water pipes from knocking.

Hydraulic shock is a noise created in the water pipes when there is a sudden stop in your water flow. If the water pressure is abruptly cut off, the impact can resonate along the pipe. If there is any loose space, the water pipe will knock against the wall and cause a loud banging noise. This phenomenon is also known as a water hammer.

When you turn off the water taps, the flow is typically more gradual. However, some appliances have valves that shut the water off swiftly. At times, it can also occur simply by turning on and off your regular faucets. Either way, you will need a professional plumber to diagnose the problem. The solution might be a water hammer arrestor, which is a pressurized chamber with a piston to absorb the pressure.

When your water line is faulty, air might leak into them. As this builds up, the air gets trapped at the highest point in your water piping system. You will hear a banging from the vibration whenever you turn on the faucet. It will be a more prolonged noise than what you hear from a water hammer. The tap may also spit and sputter as the air escapes.

The best way to resolve this issue is by turning all the faucets on and flushing the toilets simultaneously. This increases the velocity of water in the system, pushing out the air bubbles that are trapped. While this method can eliminate the banging, you still need to address the problem of air getting into your pipes. Your best solution is to ask a plumber to check the water system and resolve any long-term issues.

Hot water is excellent for washing dishes, doing laundry, and taking warm baths. Unfortunately, the temperature can contribute to the noises in your water pipes. If you have copper water pipes, they will enlarge when hot water flows through them. If your water is scorching, the pipes can expand and then contract after turning off the hot water.

This slight movement in pipe size could be enough to make the knocking noises. The sound comes from the pipe rubbing against a stud or other water pipes behind the wall. It could also be scratching against its own support bracket, making an audible noise. You can address this issue by lowering the hot water temperature in your house. Even a tiny decrease may stop the shower pipes rattling.

In your kitchen sink, you may have a vegetable sprayer. It diverts water from the faucet to the sprayer, allowing you to enjoy the convenience of a directional water flow. The same setup can be installed in your shower. You can hold the water wand and spray it all around your body. It also works well for washing pets.

These water sprayers are luxurious accommodations, but they can also cause banging and clunking noises in your water lines. As the water is rapidly diverted to these extensional lines, the pressure may cause the banging. Also, air bubbles can get trapped in the sprayer line.

You can flush out the sprayer by turning on the water at full blast. Then, quickly press the sprayer on and off for a few minutes. Doing this will help flush out air bubbles, restoring the sprayer to its original condition.